Physical or Sexual Assault or Abuse in Nursing Homes

Learning that an elderly loved one has been the victim of physical or sexual abuse in a nursing home is understandably horrifying for families. Unfortunately, instances of physical and sexual assault of the elderly are shockingly commonplace. More than 4 million elderly Americans suffer some form of abuse and neglect each year, according to the American Psychological Association – including physical harm, sexual harassment, and rape. Physical violence in nursing homes is more than just humiliating: Victims of physical and sexual assault can suffer serious injuries, mental decline, and even death.

Older people make easy prey for unscrupulous nursing home employees due to medical conditions, memory loss and other impairments that hinder their ability to recognize, stop or report mistreatment. But while nursing home residents may not be able to verbally communicate, their physical and mental condition can clue us into signs of abuse. When you have a loved one in an Illinois nursing home, take the time to become familiar with the common warning signs of sexual and physical abuse. If someone you love has been the victim of abuse in a nursing home, it’s important to contact a qualified nursing home negligence attorney to discuss your legal rights.

Physical abuse refers to the intentional use of physical force that may result in pain, bodily injury or impairment. Physical abuse in nursing homes can range from outright violence, such as when an employee strikes a nursing home resident, to less obvious forms of abuse, such as force-feeding. Unwanted and harmful physical contact isn’t appropriate at any age, but it’s especially dangerous for the elderly. Even a seemingly light slap or push can bruise or tear an older person’s thin skin, causing discomfort and increasing risk for infection. Nursing home residents who are shoved or beaten may suffer broken bones, sprains or even internal bleeding.

Some of the most common signs of physical abuse inflicted on nursing home residents include, but are not limited to:

Sexual assault of the elderly is not only among the most heinous form of nursing abuse, it is also one of the most difficult to identify. Many nursing home residents are too cognitively impaired to recognize abuse is occurring. Others such as stroke sufferers may not have the speech or motor skills to speak up. Still, many other sexual assault victims are simply too embarrassed to report what they’ve endured. When nursing homes allow elder sexual abuse to occur, they may be liable for nursing home abuse litigation.

Sexual assault encompasses any non-consensual form of sexual behavior forced upon a person. Sexual abuse may include rape, fondling, voyeurism, exposure to pornography or unwanted sexual situations, or any form of unwanted sexual contact. Elder sexual abuse can be perpetrated by nearly anyone, from staff members to fellow residents to strangers. In many cases, sexual assault occurs in nursing homes with insufficient or poorly trained staff. When a resident is abused or assaulted because a nursing home failed to properly screen employees, supervise residents or maintain a secure facility, the nursing home can often be held responsible.

Signs and symptoms of sexual assault in nursing homes may include:

Any level of nursing home misconduct that subjects vulnerable elderly residents to degrading physical and sexual abuse is intolerable. At Phillips Law Offices, our nursing home abuse lawyers have been protecting the rights of abuse victims for more than six decades. We have the resources and experience to meticulously investigate claims and build successful cases, even in the most complex of nursing home abuse lawsuits. Our skilled team of attorneys is committed to putting a stop to elder abuse, holding nursing homes accountable for negligence that allows abuse to occur, and helping victims and their families obtain just compensation for injuries, pain and suffering.

If someone you love has been a victim of physical or sexual abuse in a nursing home, contact the attorneys at Phillips Law Offices today at (312) 346-4262 or online for your free consultation. Let us help you restore the dignity and justice that your loved one deserves. 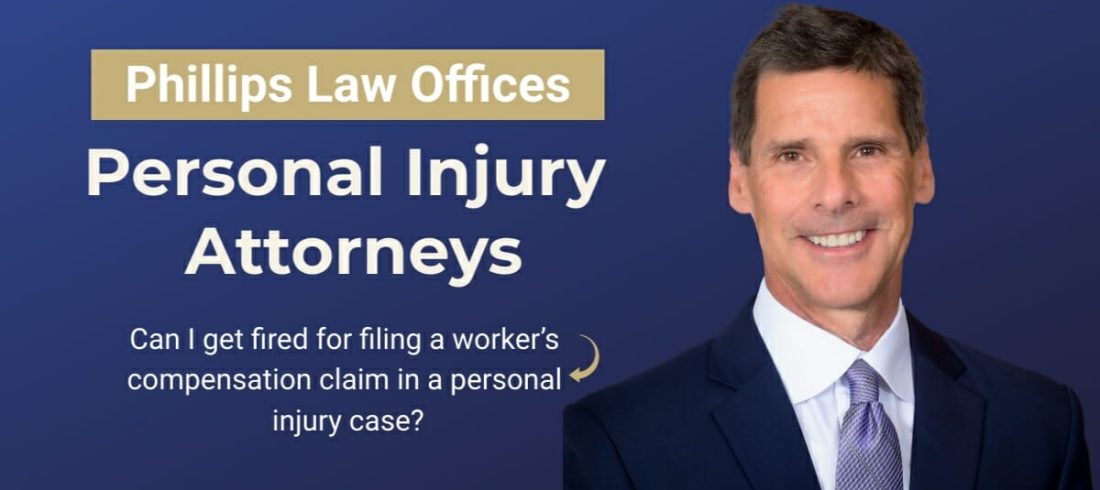 Can I get fired for filing a worker’s compensation claim in a personal injury case? 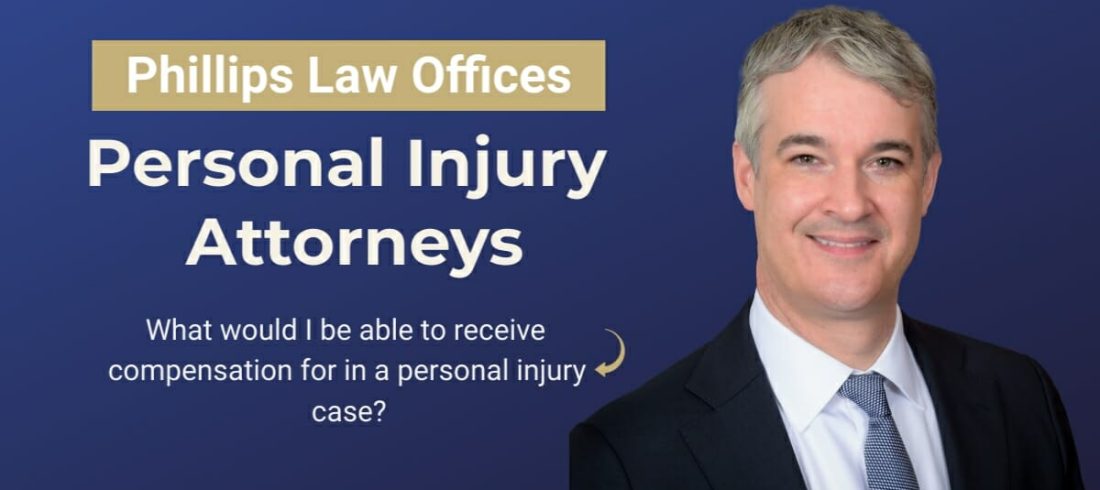 What would I be able to receive compensation for in a personal injury case?