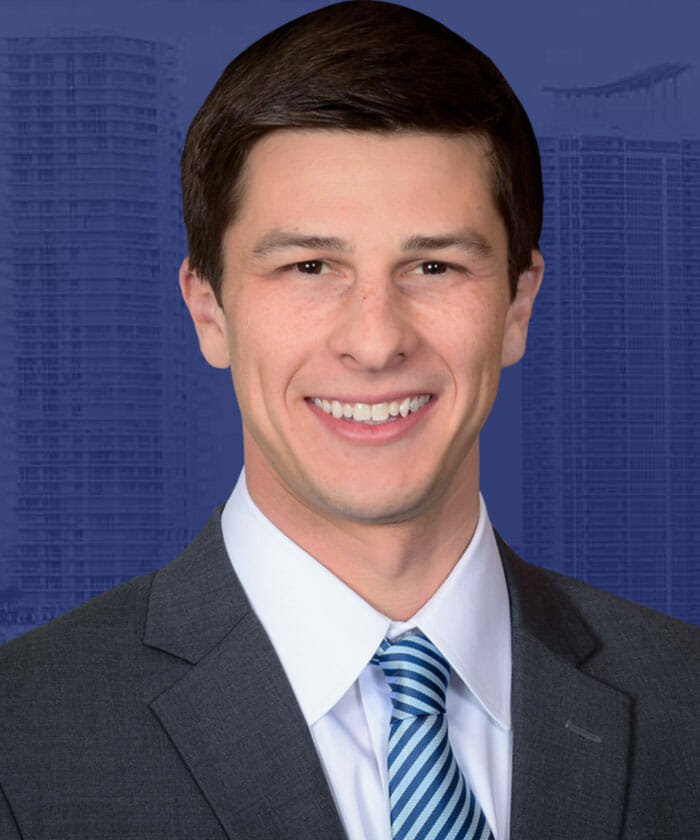 Stephen J. Phillips is a partner at Phillips Law Offices in Chicago. He earned his undergraduate degree (a B.A. in political science) from the University of Michigan in Ann Arbor (with honors) and his J.D. from Loyola University Chicago School of Law (Dean’s List).

Stephen began his legal career at Phillips Law Offices in 2014 as a law clerk during his summer breaks as an undergraduate. While he was in law school at Loyola, Stephen continued his clerkship with us, often assisting in complex medical malpractice and product liability trials.

As a third-generation trial lawyer in the Phillips family, Stephen knows well the importance of protecting the rights of those who have been wronged by powerful corporations and by negligent individuals. His commitment to helping the injured and their families is instantly recognizable.

Attorney Stephen J. Phillips has tried numerous cases to verdict throughout our state and is often tasked with preparing and perfecting the courtroom technology as well as witness examination.

In 2019, he prepared multiple record-setting cases for trial, including cases that resulted in a $25 million settlement and a $16 million settlement. He also successfully tried a medical malpractice case in central Illinois alongside his father attorney Stephen D. Phillips and attorney Terrence M. Quinn that resulted in a $14 million jury verdict, the highest recorded verdict in that county’s history. He is currently handling a number of complex medical malpractice, auto accident, trucking accident, and product liability cases.

He currently serves as Co-Chairperson of the Young Lawyers Committee of the Illinois Trial Lawyers Association.

A Commitment To Excellence

The attorneys at Phillips Law Offices are considered among the top personal injury, medical malpractice, and product liability attorneys in this state. After more than 65 years, we continue to help injury victims, protect their legal rights, and fight aggressively for the justice they deserve.

Attorney Stephen J. Phillips is dedicated to these principles. He is personally committed to continuing our important work and to helping the injured victims of negligence win justice in the Chicago area and throughout the state of Illinois.