When your doctor prescribes medication, you trust that they are safe when you take them. And they should be. You go ahead and use them as instructed. But now, you are suffering side effects – severe side effects because it was a defective drug.

The symptoms of a defective drug vary, but they generally lead to a person suffering injuries or impact the quality of their life. These adverse effects can be life-changing, severe, or even lethal. Unfortunately, hospitals, drug companies, and insurance companies may want to push the blame on you. That’s why you need Chicago personal injury attorneys fighting for you so that you can focus on your recovery from what the Illinois defective drug caused to you.

What Are Defective Drugs?

When you take medication, you expect the drugs to reduce your pain and improve the quality of your life. But when the drug causes more physical, psychological, and emotional negative effects than good, it may be considered defective.

The Food and Drug Administration (FDA) is responsible for the rigorous process of approving prescription and over-the-counter drugs before they’re released to the public. But this process is not always effective, and many drugs with FDA approval letters are later discovered to be harmful. If a drug manufacturer fails to do proper clinical trials in the drug’s design phase, fails to warn users of any dangers of using the drug, makes errors in manufacturing, or mislabel, it could irreparably harm the patients. Sometimes these tests may not inform any long-term effects of the drug or how a particular drug will react with other drugs.

Defective drug injuries affect millions of Americans each year and even deaths in worst-case scenarios. According to the Centre for Disease Control (CDC), approximately 1.3 million emergency room visits are connected to medication reactions. Many families end up suffering lost wages, high medical bills, and poor quality of life due to defective drugs.

What Are the Symptoms of Defective Drugs?

It is sometimes difficult to tell whether it is a defective drug that injured you. Most drugs only have the risk of causing mild to moderate side effects, but that wouldn’t mean the medication is necessarily defective. A defective drug has the potential to cause severe symptoms. That’s why it’s important to watch closely how you react to any new prescription medication.

Here are some of the common symptoms that show you might be injured by a defective drug:

Document any of these symptoms and seek medical attention immediately. Once the doctor determines that your injuries or symptoms are linked to a prescription drug, you now need to identify the defect to recover compensation. For this step, you’ll need an expert Chicago defective drug Lawyer who can effectively pinpoint the cause of your injuries. An experienced defective drug attorney will help you explore all angles and get to the bottom of the matter.

Examples of Pharmaceutical Drugs That Have Injured Patients

Some of the injurious drugs and their symptoms include:

Some of these drugs have been recalled, but people are still struggling with their side effects. Talk to a Chicago defective pharmaceutical drug attorney to get more information about these drugs and their connection to drug injuries.

Why Should I Hire an Illinois Defective Drug Lawyer?

A Chicago drug lawyer near you will help you navigate the stressful and complex legal process so that you can move on with your life. An attorney has the experience, tools, and resources to fight the big pharmaceutical companies, hospitals, and insurance companies.

A lawyer will also help you build a solid case and argue effectively in your favor throughout every step of your Illinois defective drug lawsuit, and prove fault in the product liability case. Whether you or a loved one was seriously injured or passed away due to a defective prescription or over-the-counter drug, get in touch with an attorney as soon as possible and fight for justice.

What Damages Can I Recover in a Defective Drug Lawsuit?

Settlements in defective drug cases can be quite large due to the potential harm these drugs can cause. A patient is entitled to receive both economic and non-economic condensation, including:

The effects of a defective drug can be catastrophic. When you or a loved one has suffered injuries due to a dangerous pharmaceutical drug, you need a skilled attorney who will offer you the best chance for a fair settlement. You need a dedicated and resourceful representative who will aggressively pursue compensation from those who caused you harm.

Learn more about your legal right to compensation from the Chicago defective drugs lawyers at Phillips Law Offices. We will fight to ensure that those responsible for your injuries are legally liable for their mistakes. Schedule a free consultation with us by calling (312) 346-4262 today.

How To Reopen Car Injury Claim

Medical Malpractice vs Medical Negligence – What is the Difference?

Previous PostRecovering Compensation For Nursing Home Abuse Or NeglectNext PostInsurance Company Denied Your Claim? Here’s What To Do
0Shares 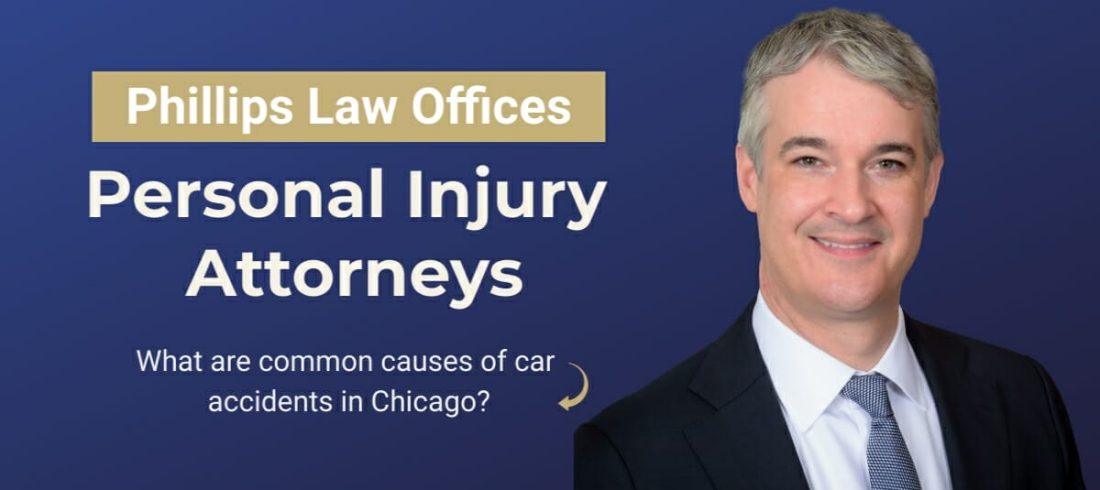 What are common causes of car accidents in Chicago?

What if I had pre-existing medical conditions before my personal injury case?